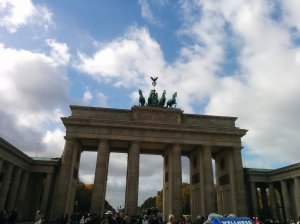 On my second day in Berlin I had a nice brunch near the hostel then decided to take a wander through the city, I came across the sad and now empty bear pit, where the cities mascot bears had lived until the last one was put down recently. The conditions didn’t seem very nice for them, so perhaps it is better that there is now nothing living in the enclosure. Exploring Berlin on foot lead to quite a few fascinating discoveries, and a chance to get a bit closer to some of the sights I’d seen on the bike tour. It’s a pleasant city to be in, and while touristy in some places, is spacious enough, and getting away from the main attractions mean the streets are quiet and calm. 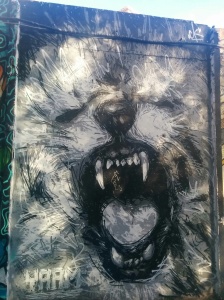 Heading back to the hostel I joined the free tour up to the Sunday Flea Market at Mauerpark, the tour was fairly quick, just a quick intro before being left to our own devices to explore, shop and enjoy the goings on. The market is actually very nice, and with only a couple tacky tourist stalls there’s plenty more to find. Lego figures, car parts, furniture and home printed clothing seemed to occur quite often, along with plenty more curious items making the browsing a fascinating experience. The food strip in the centre is also very impressive, and with the wide range of options actually picking something to eat was a real challenge, from vegan and vegetarian through to freshly barbecued meats, and all different styles of world cuisine.

In the park next to the park, we were lucky to catch the very last Bear Pit Karaoke an amazing display of brave tourists and talented locals singing songs from all around the world. I was rather upset with the British entry from a couple of girls singing S-Club 7, especially after a couple of Americans managed to ruin Spice Girls just as badly, but with a much more positive audience reaction. The music ranged from the cliche, to the abstract and the talent ranged even more so. Some stand out numbers were the old local guy crooning ‘My Way’ in German, and the South Americans mumbling the whole way through ‘la Bamba’ A nightcap in one of the many bars near the hostel finished off the night nicely, and meant meeting even more Americans, who would have thought they’d be so many in Germany in November. 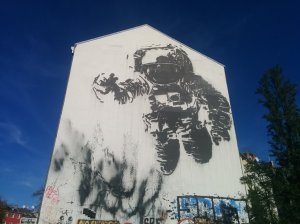 My last day was spent doing yet another free walking tour, this time the ‘alternative’ option. This was probably my favourite tour of the trip, with our amusing local guide coming out with some brilliant quips and really helping us to enjoy the surroundings. We saw pockets of Berlin’s recent history, and proof of the quick development of the city. A little back alley off a normal commercial street is filled with incredible street art of so many different styles, specific commissioned and planned pieces along one wall, while the others are littered with so many little pieces, it’s hard to tell them apart in places. There’s a couple of installations there as well, along with a couple little bars and an excellent book shop of the darker side of Berlin in the last couple of decades.

Exploring Kreuzburg we are shown famous pieces, and various examples of unusual styles of graffiti, including using a fire extinguisher, filled with paint to spray your name high onto a wall, Not always with the best results. There is a lot of cool little things in Berlin, many very small, but it’s incredible when you notice them, such creativity on almost every street. It’s also got a very positive attitude, with many people seeming happy just to in the city. A great example of this positive attitude is how the city dealt with the annual workers day riots, the solution was to organise a street party instead. Closing down the areas that usually suffered from rioting and introducing stages of various musical styles, allowing people to enjoy the city as they liked, and all for free.

Finishing in the Caribbean collective beach bar on the river, we tucked into some jerk chicken and other treats, it was a short walk over to the East Side Gallery, the largest section of the Berlin Wall still standing and home of many of the iconic street art images that Berlin is known for. The Gallery is actually huge, stretching over 1.3km, with artwork on both sides, there’s a lot to see, and while some isn’t amazing, there’s a lot of pieces that really can make an impact and a statement. It’s a shame that the wall gets such abuse from taggers and tourists, scribbling their names wherever they can. It would seem that the wall is due another overhaul soon, but it’s a shame that anyone would think it’s appropriate to deface these works of art. Certainly if they add new artwork or create something new then that should be encouraged, however when it’s simply another tourist scrawling their name over the art, then something should be done. 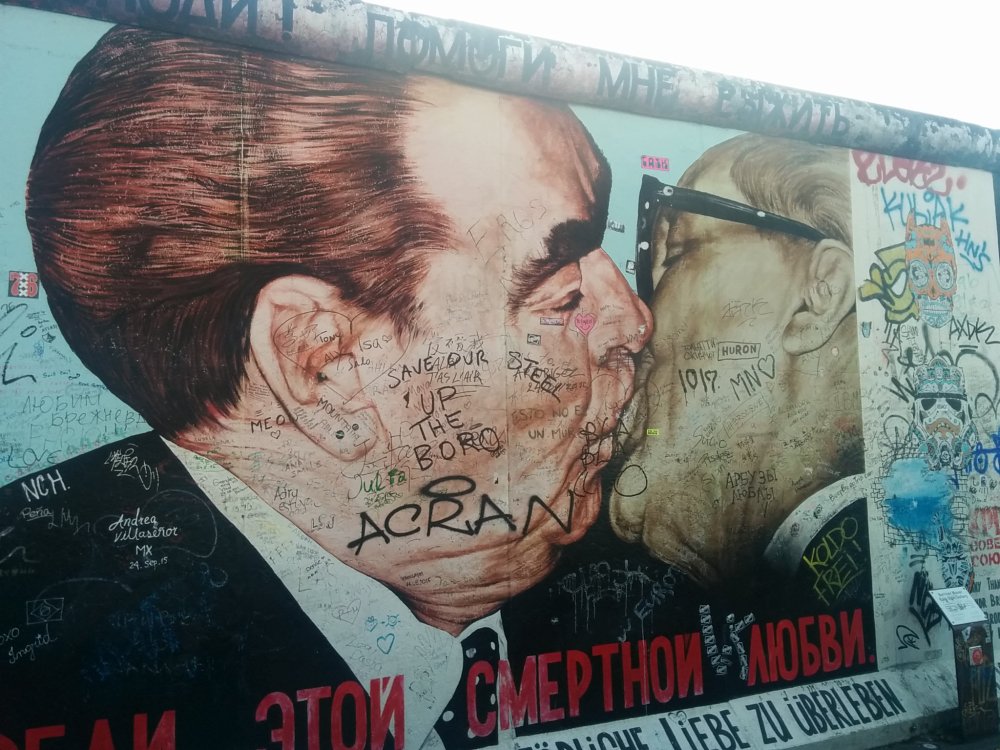 From here it was only a short stroll back to the hostel, and then onto the airport to return home. Berlin certainly left an impression, and it’s a city I would highly recommend visiting, and one that I am looking forward to returning to soon.