So this was my day off from the GO Card, as I had a concert to head to that evening, so I found out what was offered at the hostel that day. The HI Santa Monica does a lot of different bits and pieces for the guests, most of which are free (or very cheap) and the event for that day was a trip up to The Getty, a famous museum up on the hill overlooking downtown. It focuses on European and American art, but part of the appeal is the impressive architecture of the museum itself. There’s some great views down over the city and a nice little garden area to stroll around as well. 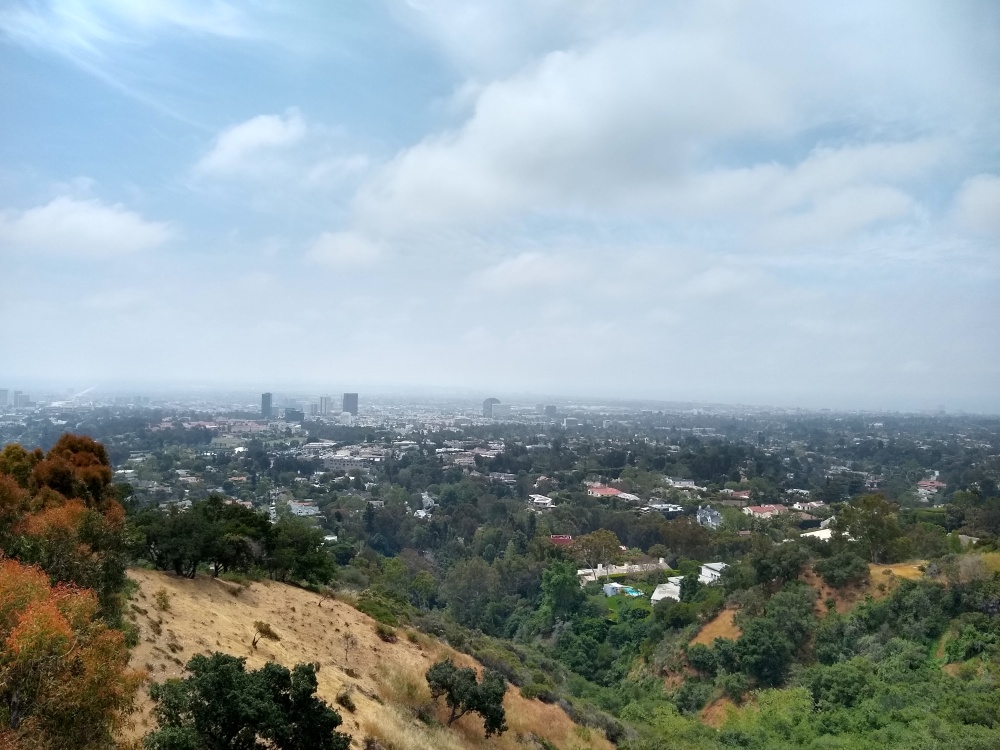 It took quite a bit of effort to get up there, and a solid pocket full of change with all the buses up and back. Thankfully it did give me a chance to figure out which of the days companions was worth hanging out with, and who to avoid. The lady who ran the trip was lovely, but a touch opinionated and odd, so a new companion and I basically escaped as soon as we could and started exploring independently. The museum is pretty nice, a good few collections, but nothing super well known or famous. I found the museum itself to be the best part of the trip, although some of the modern stuff was very cool.

I spent the rest of the afternoon down by the beach just wandering around Santa Monica, deciding not to buy anything. It is a nice area to be in, commercial, but there’s a good vibe there, a nice beach and plenty of happy people.

I headed into the city again that evening for a little more music, and what turned out to be the best show of my trip. La Dispute are an amazing band live, and the support acts were excellent as well. I do tend to enjoy indoor shows a lot more, I like the intimacy which is really lost on a huge stage. Each have their own benefits though, with so many bands all together for festivals you do get to see some really unique performances, but the big stages and outdoor setting loses the grime and sweat of a real visceral gig. I think that’s why Reading festival in the UK was always a favourite, as it combined the festival vibe, with a big tent to make it feel like an indoor show – at least on the stage where I spent most of my time.

After leaving the show I wandered past Cliftons, famous from that one Distillers song about LA. I didn’t go in, but it’s nice to see these kind of places, and a cool end to a more relaxed day.

Sony Studios was the last studio on my list, and by this point I thought I might have been a bit done with the tours. I was happily wrong about that, and after being squeezed into the tour last minute I had a great time exploring the lot. First up was the hall of props and memorabilia – absolutely tonnes of bits and pieces from a lot of different shows, they had stuff from Breaking Bad, Baby Driver, Talladega Nights, Men in Black, the new(ish) Jumanji, 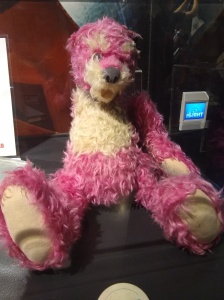 some of the older Spiderman movies, Passengers, the living set from Seinfeld and a whole load of stuff from the Marvel extended universe movies.

It took me a good few sweeps to actually see everything in there, and even as we were leaving I was still spotting things on the walls.

The next stop was the background painter, and we got lucky (or maybe everyone gets lucky) and the painter was in the shop and was happy to explain a bit more to us about how and why these dressings are made. 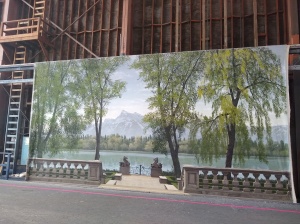 It’s pretty much all airbrush work, but done on huge canvases, so big they had to build the warehouse especially to accommodate them. They can be up to 40 feet high (12 meters), so the work station is up high enough to do the top, and above that is enough space that they can work on the bottom of the piece. Back in the ‘Golden Age‘ these painters were really needed to create the backdrop to any outdoor scene, there was no CGI then, and no budget to fly an entire operation out to film on location – especially when the location doesn’t exist any more or are completely inaccessible – thinking of ancient Rome, or the surfaces of Mars. There were a couple pieces that people recognised, and he was working on something new. Up close the artwork was amazing, and it was easy to see why they were happy to use this art even today.

Just outside the mini parking lot had some nice classics including the new and old Ghostbusters vehicle, the RV from breaking bad (and the family car, which didn’t look so impressive). Also on the tour is the set of Wheel of Fortune, not a show I’m really into, but I got the tourist photo there anyway. Finally the gift shop, and the exit.

Next up was the La Brea Tar Pits, another semi-iconic location featured in some older movies. The pits weren’t as big as I thought they would be, but you can see these for free, the entrance is only for the museum, a pretty interesting walk around. While the fake mammoths outside are a bit tacky, the museum covers a lot more of the science, and has a lot of skeletons showing the crazy amount of animals that got stuck and died in there.

It was quite a trap, as if one animal got stuck, it would attract predators that would attempt to reach and eat it, only to get stuck themselves and become bait for even more animals. The size of some of the skeletons was crazy, an absolutely huge bear and the giant land sloth, both not well known but terrifying.

That last night, I rented a bike down at Santa Monica beach, using the last of my GO Card specials and cycled down to Venice beach. I got to see the crazy tourism there, the massive crowds around the skate park and the oiled up meat heads at muscle beach posing with tourists and flirting shameless with all the cute girls. The ride was very pleasant, and it’s a nice spot to see, although I don’t think I’d wanna hang out down there much longer than I did. Cycling back up I got to see the sun set over the Santa Monica Pier, and good way to say goodbye to LA.