So I had another couple of days available, so decided a quick jaunt over to Rome was in order.

I’ve never been to Italy before, but I’d heard good things about it, mostly about the food. But we all know about the history, at least some of it. The Ancient Romans, the Vatican and so much more, it’s really got a lot of the ‘big ones’ all in one city.

I took an evening flight over, and as always I was hopeless at finding my hostel on the public transport system. It’s pretty easy to get into town, and worth paying the extra for the direct train to Termini, the others don’t stop in the city centre, so you have to jump onto the metro. That said, buying a metro ticket for the length of your stay is a really easy way to save a lot of walking, valid on metro, trams and buses it means you can hop about all over the city. You can certainly see it all walking, but unless you’re an active walker, it’s easy to get sore feet from the miles you’ll clock up. I arrived at my hostel to find the friendly staff happy to help, and a room full of sleeping people, so I joined them.

The hostel was not 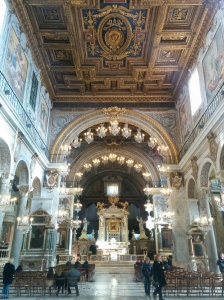 very busy, and I didn’t meet anyone in the morning to explore with, so I set out alone, without any game plan to find somewhere for some food, and see what I could see. I found myself on Via Dei Fori Imperiali the pedestrian road that connects the Colosseum to Piazza Venezia past the Roman Forum. I close to take a right, and explored the area along with the ‘typewriter’ the magnificent Altare della Patria, and the Basilica di Santa Maria in Ara Coeli. I didn’t really know what I was looking at, but I was very impressed by the architecture of the buildings, both old and new, with some stunning designs and iconic views of the city, and back over the Forum. Inside the Basilica you start to understand why the Italian design has done so well, with incredibly delicate and intricate design and craftsmanship of all kinds to decorate the church. Certainly a good starting point, combining the ancient and the religious, two of the strongest influences over Rome, and certainly on the tourist industry. 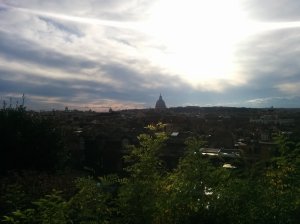 From here I started heading toward the infamous Spanish Steps, which were unfortunately closed for renovations, but still quite a marvel to see. The Steps are well known as a meeting place, and at night quite an active spot for some socialising with a drink or two. It’s certainly known by the budget travellers as they can avoid bar prices and pick up some cheeky beers on the road. Again, the architecture of the area is quite remarkable, this time for the classical style, and the way Rome has blended so nicely from ancient to modern. From Spagna, down to the Piazza del Popolo is a short walk through some of the more commercial streets, and although busy it’s easy enough to enjoy the city. I can only imagine the hoards that gather on these streets during the summer months though, and I’m very glad I went at one of the quieter times of year. The Piazza is know for the huge obelisk in the centre and the twin buildings that make up one of the early gates to the city. You can walk up the hill from here to look over the city, and spot several of the famous landmarks dotted along the skyline. following the ridge of the hill leads back to the top of the Spanish steps again, from where there’s plenty to choose from. 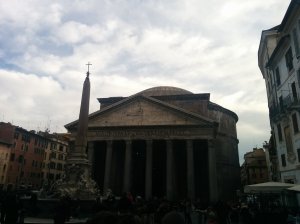 I decided to save the Trevi Fountain for later in the day, and aimed at getting across to Piazza Navona, via a few of the churches and sights along the way. Through my rather improvised route I also stumbled upon the Pantheon, a spectacular temple again showing how ancient and modern worlds sit nicely within Rome. While it feels a little cramped in around the edges, theres enough space to appreciate the building, and getting inside was no bother (although I can only imagine the queues in summer). Inside it’s even more impressive with the high roof stretching up high above, it’s hard to understand how such a place could have been built so long ago.

Piazza Navona is a hive of tourist restaurants and souvenir shops, but the fountain in the centre makes it worth braving the square. Again Rome impresses with it’s design, and these walks just show sight after sight, with so much to see, and so many fantastic historic buildings along every street it’s hard to appreciate them all. If just one of these were in the centre of a modern city it would be a sight, but when compared to the massive tourist pulls in Rome they pale by comparison, which is something that could only happen in a city as impressive as this. The next stop was Largo Di Torre Argentina, a relatively insignificant section of Roman ruins, but home to a colony of cats who prowl the grounds seeking food and attention. On the way back to the hostel, to rest the worn feet and for a much needed nap I passed the horrendous crowd that was gathered around the Trevi Fountain. Truly a spectacle worth visiting, but not when you can’t relax and enjoy it. I made a note to come back later. 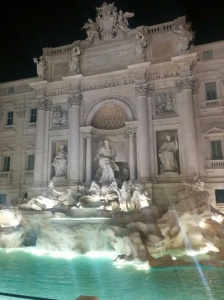 That evening I ventured to another hostel nearby to find some fellows, and did so. After a few drinks in some odd bars as we dodged the rain, we settled down with some takeaways outside the Colosseum. My first close look at the magnificent building was suitably impressive, and bigger than people had led me to believe, perhaps because they had been disappointed themselves. After a pleasant evening of easy conversation I headed home, back along Via di Forti Imperiali and back to the Trevi Fountain, which was much quieter and more peaceful. I spent some time relaxing and enjoying the incredible fountain built into the side of a building. I’m not sure what they do to make the water so gloriously blue, but it works. Strolling through the city gave me no worries, and despite the reputation for pickpockets I was happy not to have any trouble. 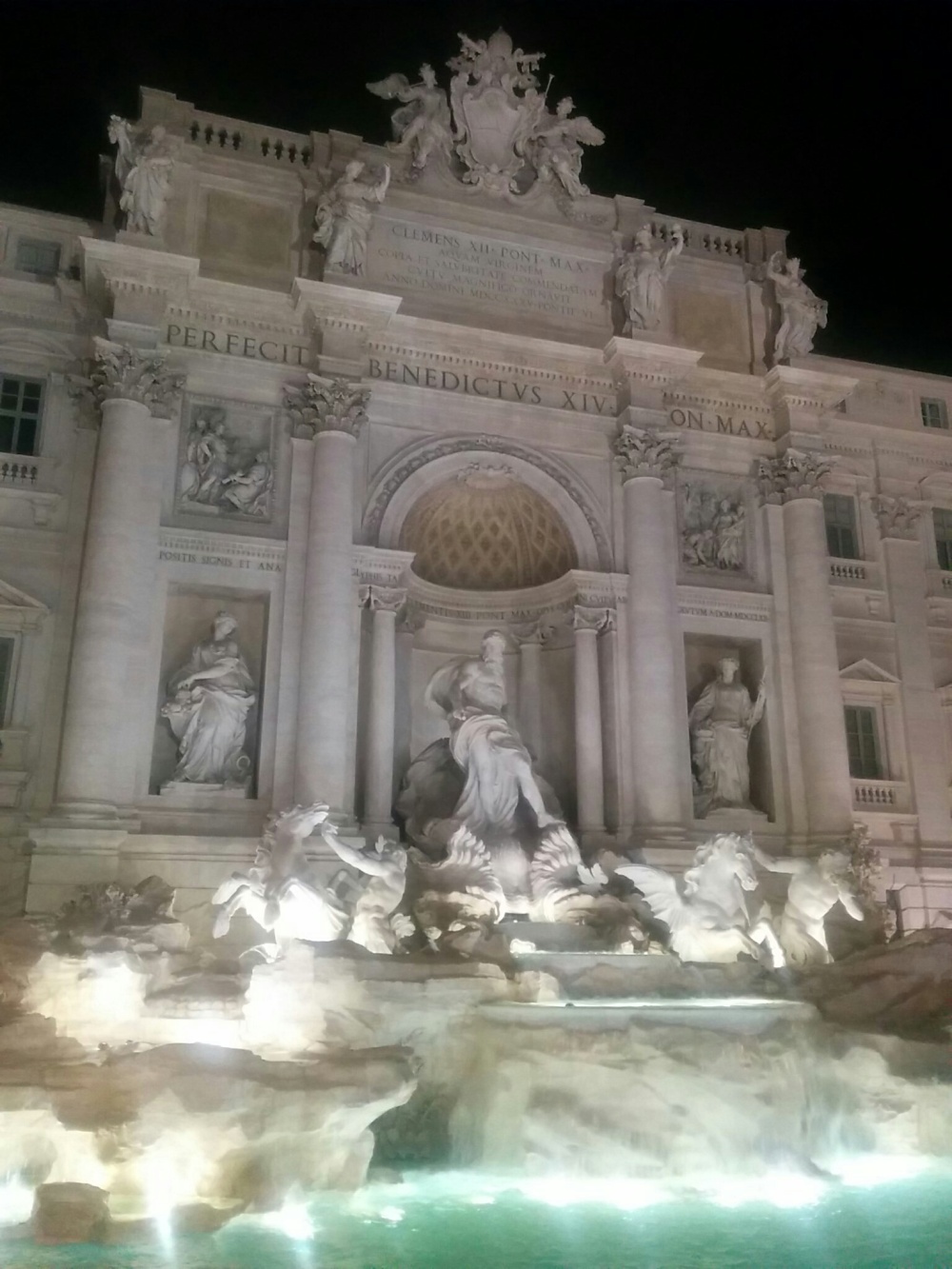