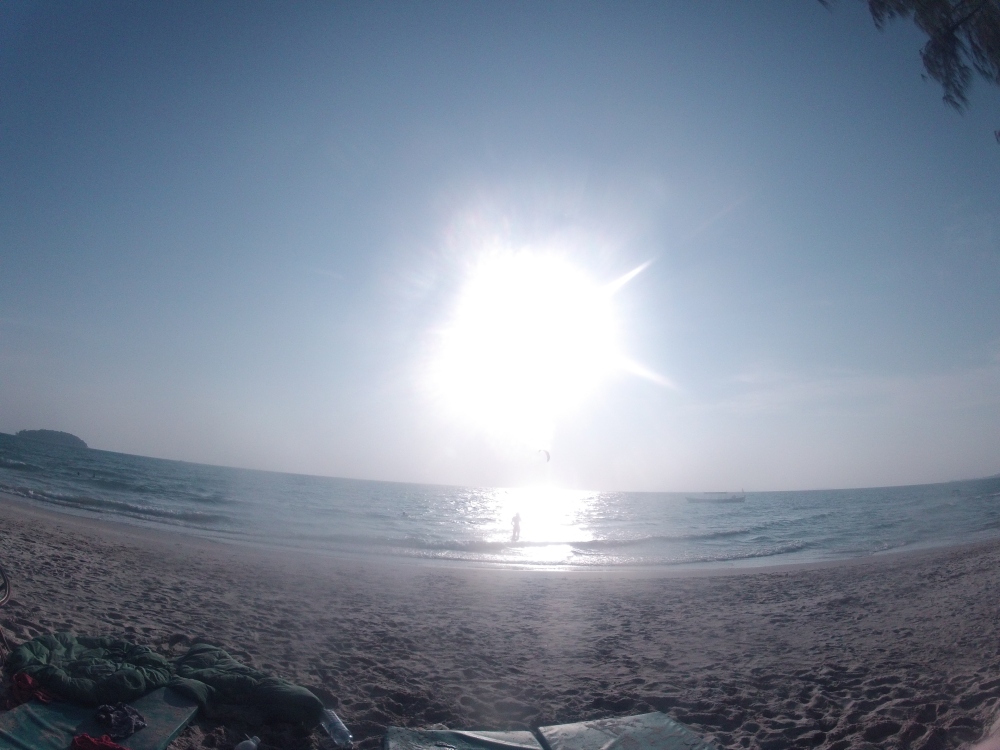 Wanting a little less smoke in the air, I headed back to the mainland again, but this time wanted to stay down with some new friends in Otres beach, a couple of kilometres south of Sihanoukville. At first I was worried there would be little to do, but the community along the beach was incredible with groups clustering at the nicer bars, everyone friendly and welcoming. Most of the day was spent in and out of the water, enjoying food and drinks from the bars. I did get a little sick again, but alas no pumpkin soup to sooth me here. There were some awesome bars just back from the beach that would have live music, and the room I ended up in was above such a bar, a couple of times I spent the evening chilling watching the water listening to some odd music or spoken word.

During my stay there one of the Sin-Ville bars put on an indie music festival, and as it was something to do, of course we headed down to check it out. Two stages, one more electronic and one mostly indie-rock, both kicking out plenty of noise meant there was a great vibe. It was mostly tourists out, so I imagine the beach bars were looking pretty quiet that night. Better music than usual and plenty of old favourites reminded me of old uni parties and nights out in the UK, and it certainly seemed to be doing a good job with the crowd, lots of happy people dancing away.
The last night in Otres was spent enjoying the monthly market/festival open evening event. It’s a large hall and courtyard filled with all the various little stalls from town, plus plenty more cool stuff, along with some live music and even some art installations (although quite different from a gallery) it’s partly a community event and partly for the tourists as it brings people together to celebrate the surroundings and indulge a little in the comfort of familiar people. It was very homely, with both locals and fresh ex-pats welcoming you to enjoy the atmosphere and experience what was on offer. Check out this cool article for more on Otres

Overall Sihanoukville doesn’t offer too much as far as culture goes, but it’s got some great beaches and cool nightlife all for a pretty decent price. It’s the backpackers alternative to the overpriced southern Thai resorts. In fact you could compare it with the beach breaks so infamous in Europe, only much cheaper, much nicer, and a lot less kids. You might not get the luxury, but it’s still a damn nice place to spend a week or so. Otres is one of the few places I could imagine heading back to, the general atmosphere there is so much cooler than most, it could be a home, rather than just a place to party for a few nights until you’ve seen the sights and move on.