HCMC is a big city, so this is the second post. If you’d like to read the first part, please head back here. 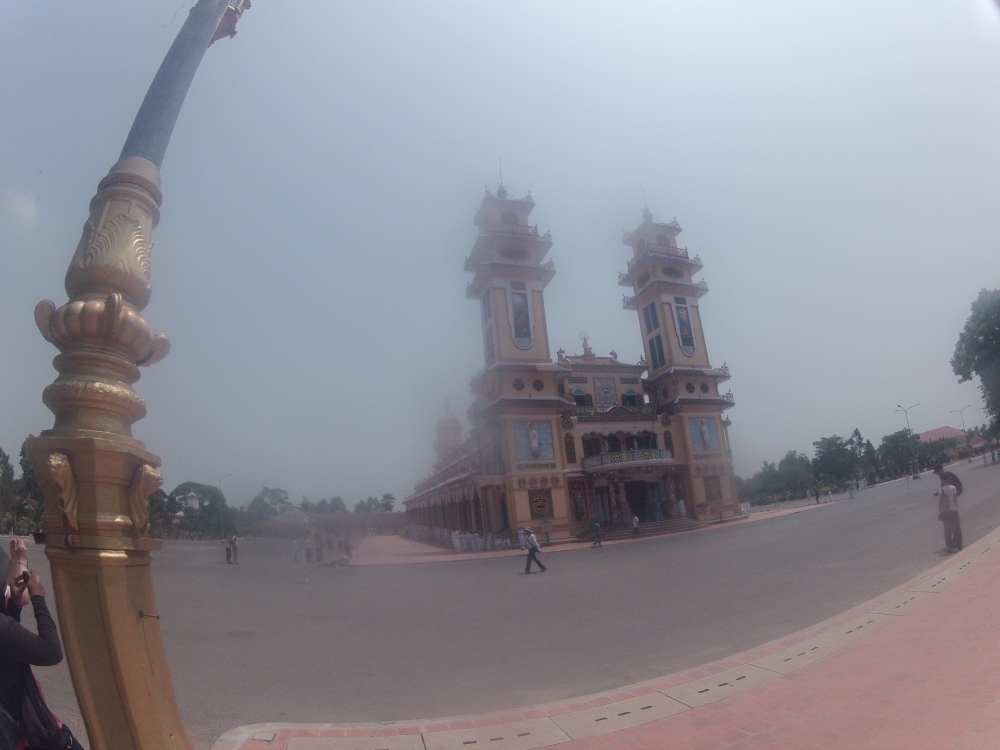 Our second full day in the city was spent exploring a little more, checking out the markets and playing in the park. The market at the far end of the park features lots of the usual Asian delights, so if it’s your first, you’ll love it, otherwise it’s very much a case of ‘same same but different’.

The Water Puppet Theatre is worth a visit, either in HCMC or Hanoi. I heard from various people that each was better than the other, but having only seen the HCMC version, I can happily recommend it as a piece of amusing light entertainment. I’m not entirely sure what the story was, but the puppets are beautifully made and splash about in the pool that acts as stage (and hides the wooden bars the puppets are mounted on) excitedly and while it’s not sophisticated it really is a fun way to spend an hour.

A full day trip was booked for the next day, encompassing the Cu Chi Tunnels and a variety of Temples on route. The variety turned out to be just one, but it was grand enough, and different enough to have been worth the additional time and cost. The temple appears to be a mix of Asian and Western religious styles, and inside we were allowed to witness the monks in prayer. There are some pretty strict customs and rules, but nothing hard to keep to. You are allowed upstairs to see the monks for above as well, and take some photos of the incredibly ornate interior design. 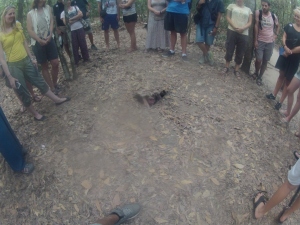 The Cu Chi Tunnels is an area that was used during the Vietnamese War by the Viet Cong to secretly transport goods past the Southern Vietnamese lines and engage in guerrilla warfare tactics. It has a short informative video, explaining the situation, and then you are guided around the site, shown some horrific traps that were used against the US and Southern troops. These include spiked pits, leg traps and many more, mostly using sharpened bamboo to severely injure any unsuspecting enemy. We were taken to displays of how they disguised the chimneys they had to use when cooking inside the tunnels, and what the conditions were like inside. They also developed methods to protect themselves within the tunnels incase of discovery, often with changing levels to prevent flooding, and multiple entrances/exits. We were given a choice next, whether to continue overland, or to brave the tunnels ourselves – of course I gave the tunnels a go, and while these were bigger than the originals they were still very cramped up and unpleasant, you can see the video of this here. 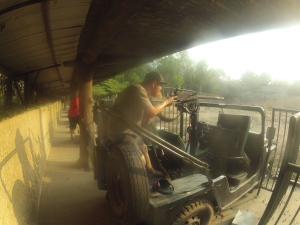 The last part of the site is a shooting range, where they allow visitors to shoot a variety of Vietnam War era guns. I jumped at the chance and choose a large shotgun (I thought anything rapid fire would be over too fast). The guns are permanently fixed along the edge of the range, with very limited mobility, after a brief bit of instruction you are let loose on the targets. If you shoot three, you get a prize, but alas I only managed two.You can check out the video of my shooting on youTube.

After our tour, all that was left was to jump on decent bus up to Mui Ne.