So Day 3 on the big island, and time to tick some more bits of the list. I got dropped off in the morning at the start of the Green Beach trail, and as I had time to kill and didn’t fancy paying to stand awkwardly with other tourists in the deathtrap 4x4s, I walked across. It was fun watching the uncomfortable middle aged travelers jammed in the bed of the trucks bouncing along the trails, I was happy with my dollars in pocket.

The walk itself it quite pleasant, just follow whichever trail you fancy, there’s so many carved out by the vehicles going back and forth, and you’ll end up at the beach. The cliff edge is definitely not the quickest, but it does offer the best views. Once at the beach itself there’s a couple options to get down, neither of which are particularly safe, fine for someone with a reasonable level of fitness, but you wouldn’t take your grandma. The beach is actually a pretty greeny/yellow colour, a bit muddy perhaps, but close enough and it means I’ve seen black, white, golden, red and green beaches now, not a bad collection. I spent some time sitting on the rocks high above the beach on the far side, reading and enjoying my snacks before I had to head back. 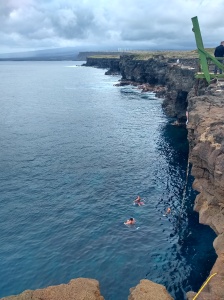 After getting picked up, we took a detour home via South Point. There was a fascinating effect visible from here, you could draw a line straight out from the point that divided the ocean. On one side was choppy seas and white horses, while the other was completely calm. Very strange, and although I’ve been to places where you can see this effect before (Torbay Head in Western Australia, and the Cape of Good Hope in South Africa) I’d never seen it so clearly. At the point there’s some ladders down into the sea, so if you fancied it you can cliff dive off and not be completely stranded. Just inland a few meters is a big blowhole as well. Not doing anything spectacular while I was there, and a real challenge to get a decent photo. It was a nice little hangout, and there were a few locals and tourists around but mostly it was quiet.

I’m not sure if either of those stops were part of the state parks, but both were very poorly maintained and really in need of some attention. I guess that most of the money goes to the more popular locations, the ones they can make more money from. It feels like it would have been better to just leave these locations alone, but probably in the 70s or 80s they put in some roads, and have since ignored them since. Later that evening we headed back up to the Volcano park (where they spend a lot more money) for a talk on some interesting native structures that had been found. There was a lot of assumption and guesswork that gave the Hawaiians a lot of credit, but wasn’t really supported heavily by the evidence. It was still a good night, and taught me a lot more about the original culture than I had picked up anywhere else. 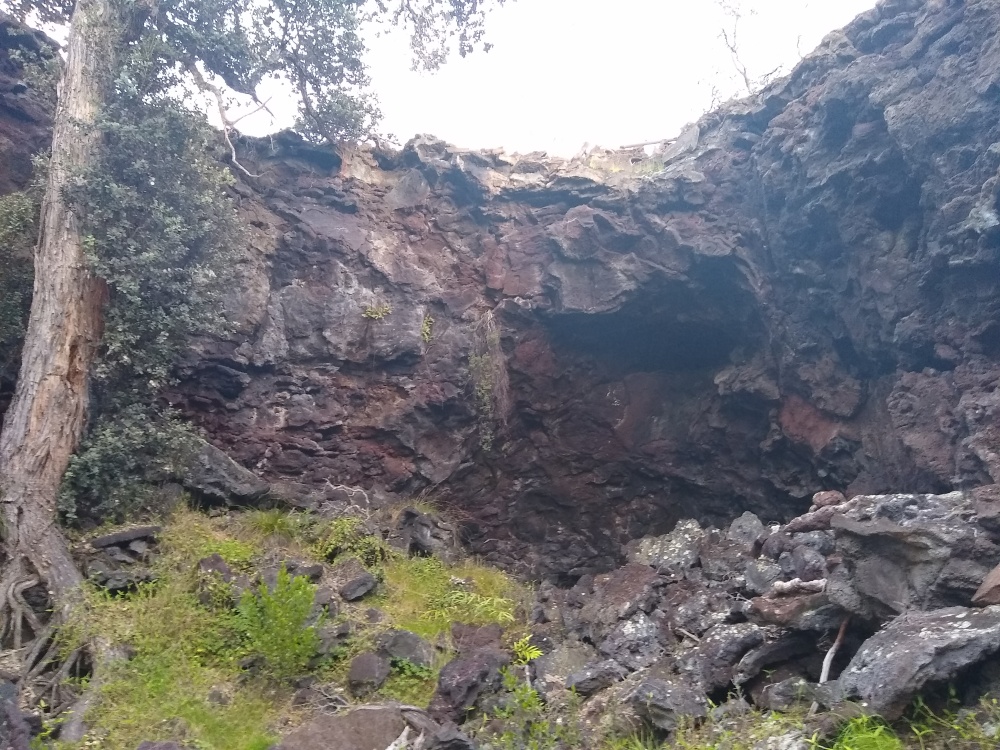 That was my last evening with my couch surfing host, and the next morning I was on a lovely 6.45 bus (because that’s the only time they run) to Hilo. I do enjoy a bit of public transport in new places, especially buses as they take you through and into the little communities, while trains tend to fly right by them. So I spent the time dozing lightly and enjoying the scenery as it went by as I made my way to the other side of the island.