It’s a bit lazy of me to roll both these in together, but for every difference, there’s a similarity. While BBK is in the town of Bilbao in the north of Spain, and Benicassim (or FIB as it’s known officially and by locals) is in Benicassim on the south coast both run with a similar attitude of easy going enjoyment of music, a relaxed atmosphere and late nights. 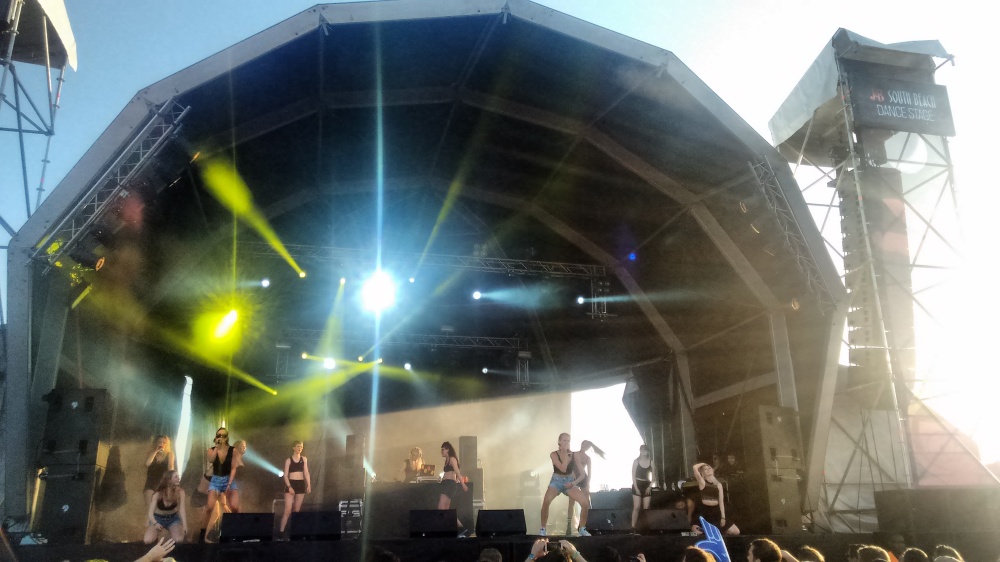 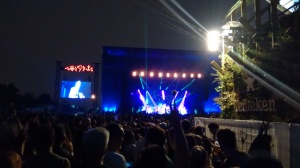 I’m not talking late nights like British or Australian festivals where the headliner will wrap up around midnight or 1am, after which the noise curfew kicks in and it all goes quiet, I’m talking headliners starting after 2am, and the music going through until 6. It actually makes for an interestingly diverse event, with more of the bands playing before midnight and the DJs on afterwards, so while the headliners are the peak, it doesn’t drop off instantly leaving several thousand pumped up (and drunk) festival goers with nowhere to go. Instead those that have reached their limit can head to bed, while those who are just getting started have plenty of time to blow off their steam. 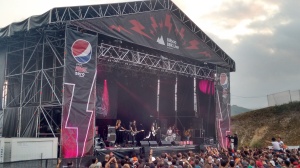 BBK, up in the hills above Bilbao focuses more on the indie rock for it’s main headliners, and this year hosted some great acts including, Foals, The Pixies, Editors, Aussie favourites Tame Impala, New Order and plenty more. Quite a small arena with two main stages which alternated acts meant it was easy to catch all the big names, while a third ‘band’ stage had a few more obscure acts and the forest hosted trance DJs late into the wee hours. The setting is very cool, the top of the hill, overlooking the city, with rocky outcrops and patches of woodlandOver the course of three days I saw a good few bands, highlights certainly were Foals, and the newly popular punk band Slaves, impressive performances from The Pixies, Hot Chip and Arcade Fire as well.

Bilbao town has one major attraction, the Guggenheim museum. A spectacle from inside and out, it is a masterpiece of modern architecture, covered in shiny titanium tiles it gleams in the sun. The collection of artwork inside is very impressive as well, having been made available to view for the public by Peggy Guggenheim, the heiress that had received the vast collection, so much artwork there are several Guggenheim museums around the world. That’s not all there is though, a fascinating old building has been converted to contain three, free standing modern buildings on pillars, but that’s not all, there’s a swimming pool on the roof, with a glass bottom. So while you’re wandering through the main hall you may notice some odd shaded shadows drifting by. The old city offers some lovely walks, and probably the best food in the city, with pintxos on offer in every other building. There’s a great park there as well, on the side of the hill, a good climb, although I wouldn’t recommend it at the peak of the midday heat. The city has just enough to keep you interested during the day, if you’re not too busy sleeping off the previous nights fun. 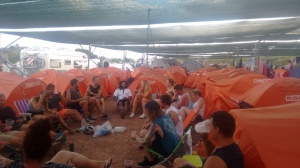 Benicassim, a lot warmer, and in tents rather than the comfort of a hostel, meant this felt more like the kind of festival I was used to. The hard dusty ground made me very grateful for Busabouts air mattresses, if only there was a way to install A/C in a tent. The festival was a full 4 days and I had arrived a couple days early to set up and prepare, so I knew the area reasonably well. The old town provided us with excellent tapas restaurants, while a waterpark and the beach nearby meant there was plenty to do during the day. The arena was about twice the size of BBK, but it was nice to see some of the same food trucks there, Spain certainly does good festival food, with a range of options, including asian, mexican and argentinian cuisine, there was even an Aussie place, for all those odd things that Australians never actually eat.

The layout of stages meant there was no noise pollution and it was never more than a few minutes to where you needed to be. Some big names performed, the biggest was of course Muse on the Saturday night. For them the crowd was huge, with the arena completely sold out, and plenty people around the outskirts, outside the fence listening in as well. There were plenty more though, Kendrick Lamar, Biffy Clyro, Massive Attack to name a few. It was some of the smaller acts that really impressed me though, the surf/punk/rock FIDLAR really appealed to me giving me the kick I love about music, Rat Boy from the UK were highly entertaining, with a very drunk frontman rap/rambling his way through lively indie rock tunes, but it was Reykjavikurdaetur who put on the most memorable set.

With completely incomprehensible songs (my Icelandic is lacking), supposedly about heartbreak, love and feminist freedom the 15 member strong, all female rap troupe ruled the stage with quirky hip-hop tunes and a healthy sprinkling of nudity.

Both festivals were amazing experiences, similar, but different as I said before. If you’re a fan of music and want to experience something truly cultural, you wouldn’t be far wrong from heading to these festivals, especially when Busabout makes it so easy for you. 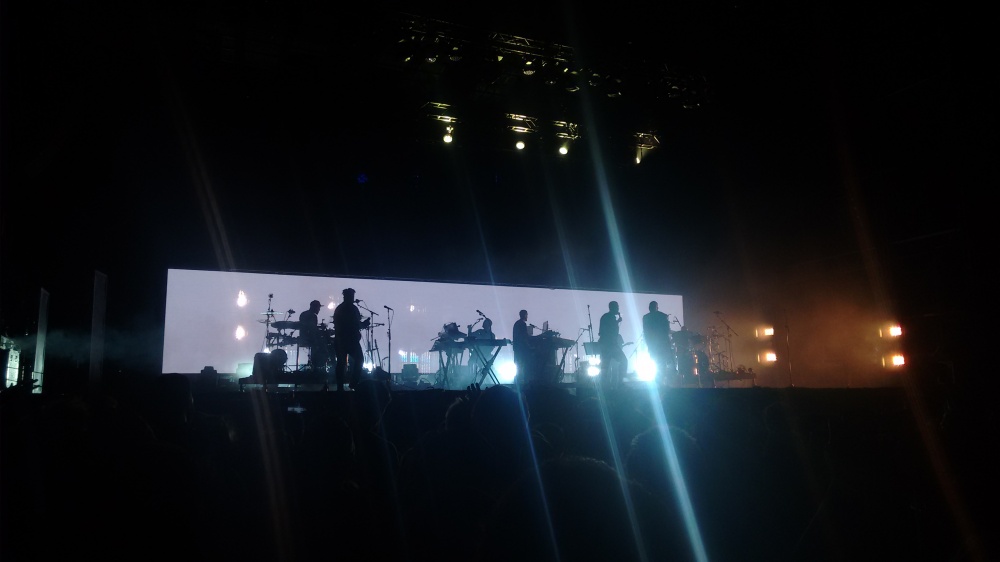