San Fermin – often mistakenly called the Running of Bulls – is a week long celebration of a local saint the town of Pamplona in Northern Spain. It’s a lot more than Aussies running away, bullfights and sangria, so here’s how to make the most of it. 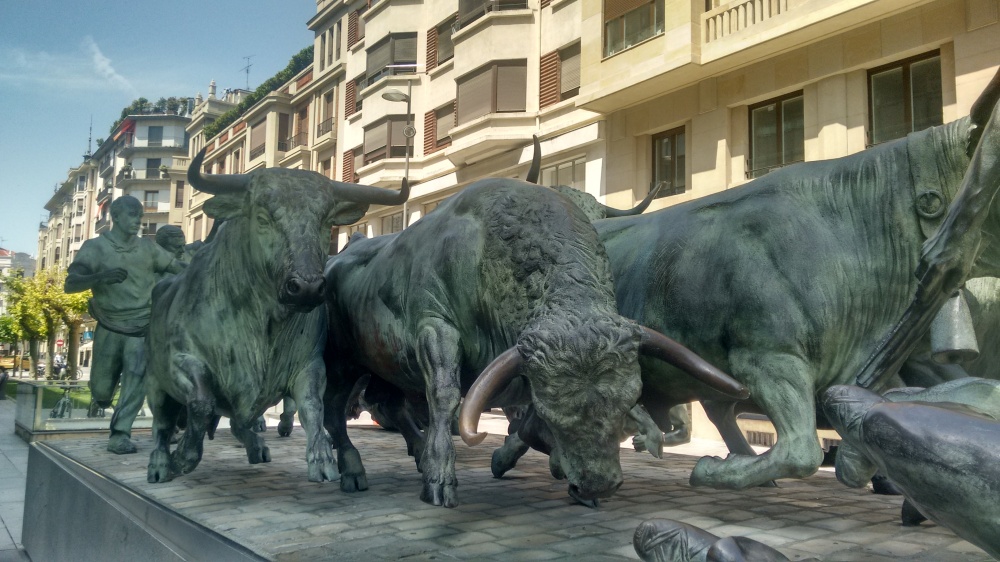 There’s two main parties of the festival, the opening and closing ceremonies – the closing is a rather more sombre affair, with candles and quiet respect before getting drunk, while the opening ceremony has an early start with short presentation from the town mayor, followed by an impressive sangria fight. The fruity wine concoction is thrown everywhere dying those fresh white clothes a delightful shade of pink. This is followed by a full day of music, dancing and celebration by all those attending. The town is half boarded up by this point, with many businesses closed up for the entire festival and others making the most of their location to sell cheap but tasty bocodillas (sandwiches) and hundreds of bottles of Sangria. 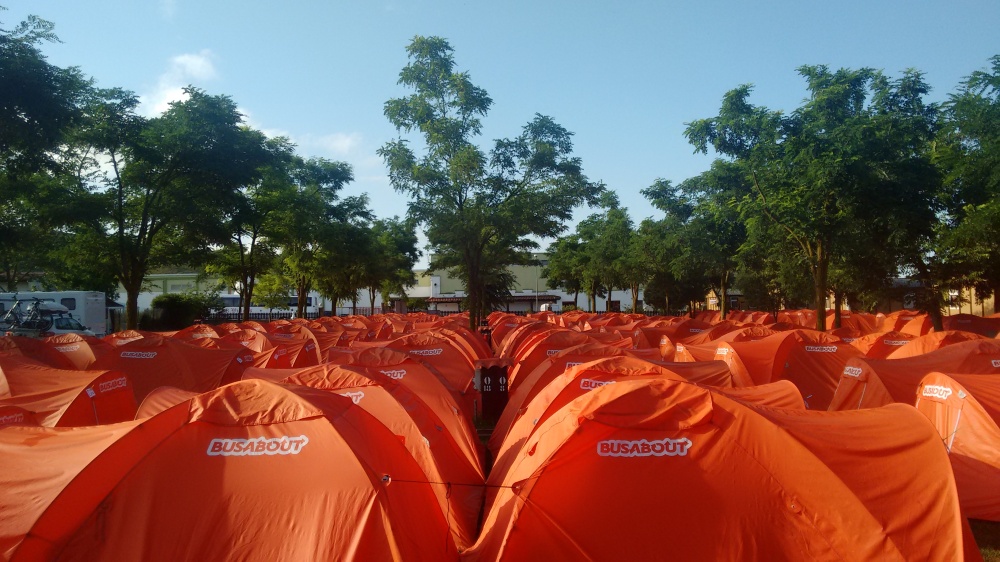 There’s no bull run on the first day, just the opening, and a full day of parties, although it’s highly recommended to take a siesta at some point, the 8am kick off makes it quite a challenge to go through till late. There’s plenty of streets where the party is outside, but also a few specific bars that work well, NZ bar is a favourite certainly.

Once opening day is done and dusted, it’s on to the bulk of the festival. Each day 6 Bulls and 6 Steers (the floppy bulls) are released at the end of the corridor, comprised of city streets and wooden fences, to run to the bull fighting stadium. Most of the runners wait outside the town hall, ready to flee from the beasts. The start is marked by three fireworks, the first letting people know the gates have opened, the second meaning the first bulls have left the corral, and the last for the last bull out. It’s considered cowardly to run on the first rocket, so the crowd wait until they hear the hooves on the stone streets before running. From then on it’s a matter of survival – many people get injured each year, broken bones, bruises and scrapes are very common, with the occasional goring from a bull. It’s not uncommon for people to be killed. If you want to run, you need to get down very early, Busabout ships you in with plenty of time to spare. If you want to watch, you can pay for access to a locals balcony, which ranges from 20EUR up to several hundred, cram yourself into the streets and watch over the double layered fences or my recommendation is to head to the arena and watch it on the big screens. With cameras all along the course you’ll see the best of the action (and slow-mo replays) along with a couple thousand other fans.

Once the bulls have chased those brave/stupid enough to run into the ring and left themselves, one of the most entertaining sections comes next. The crowd is allowed to leave the arena floor, but six more bulls are released, although much younger and with covered horns, to charge around the stage giving everyone another opportunity to risk live and limb for the adrenalin rush. After just a couple minutes the floppy bull is released to collect the young one. The floppy bulls aren’t dangerous, although the do have big horns, they more like the pace car at car races, keeping everyone moving along.

The run and arena fun is all early morning, from 8am, so afterwards it’s best to head to breakfast and back to bed again. If you’re on the camp site, you will have been woken up at 4.30am (and were probably still drinking at 1) so midday nap is not a bad idea at all. Then once evening rolls around you can watch a professional bullfight or hit the bars and work on tomorrows hangover. I personally don’t recommend the bullfight, while the running is certainly questionable as far as animal cruelty goes, there is no arguing about the fight itself. The bull is slowly injured and weakened before being killed by the matadors, there’s a lot of tradition with it all, but personally I would not want to pay money to support the fights. 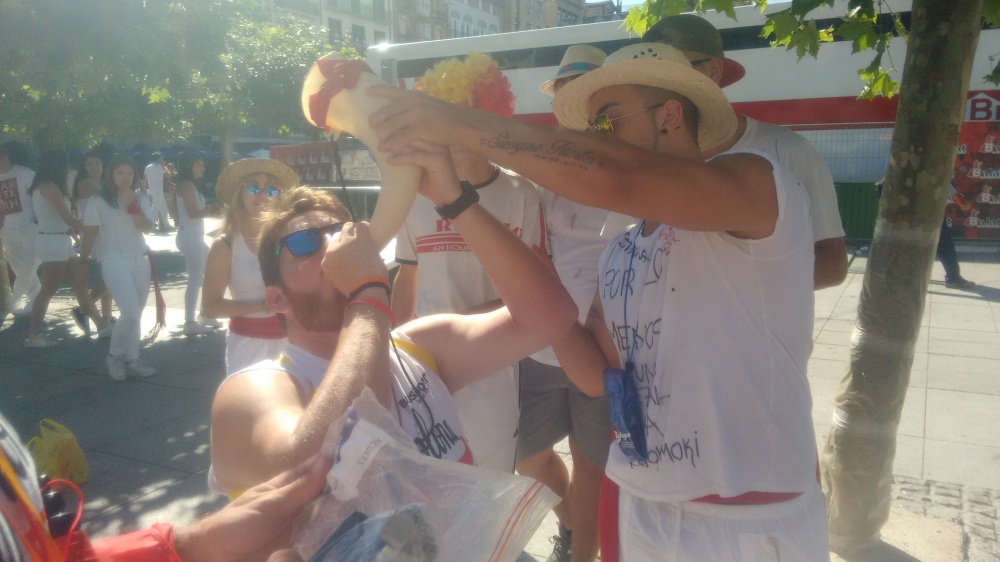 2016 was the last year that Busabout ran it’s San Fermin package, which provided camping, hostel and hotel options for it’s passengers. From 2017 onwards they will continue with their Hop on Hop off network, which goes through Pamplona, allowing people to make their own arrangements for the festival.