Here’s a short list of who you’ll be seeing on the mountain, where they reside and how to identify them 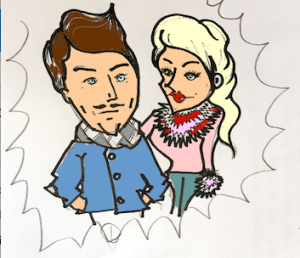 Usually found in the nicer resorts, Meribel and Val D’Isere these are hardcore fairweather piste skiers. They’ll be on the blues and reds, competently winding their way down to the next over-priced hot chocolate. They will be wearing mostly black (Men) or white (Women) with plenty of fur, leather and frills, perfect hair and make-up (both genders). No helmets because they never go fast enough to crash, although will occasionally collide upon which insurance details will appear immediately. Never seen out at night because they’ll be drinking nice wine in their chalet. Thankfully easy to avoid as they’re more likely to be talking stocks than skis. 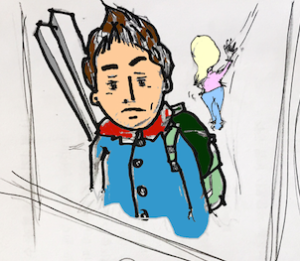 Either skier or boarder, this guy has come on his first trip with his skier girlfriend and is not happy. Carrying her skies for her everywhere just to make her move that bit faster, then lapping the blues all day because she’s not up for the reds ‘yet’. It’s a good thing she’s gorgeous because without the sex this guy would be out of there. You might see them out one night, having a good time until her headache kicks in and it’s another early night. Next year he’s going with the boys. 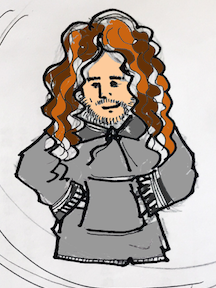 Filthy, hairy and smelling of Jager, this guy will have the longest hoody known to man and shred absolute. No waterproof clothes, no helmet, because this guy never stacks it (until he makes the obituary page of the local shred rag) He doesn’t talk on the mountain, at least not to anyone who’s not a homie and thanks to the bandana he’s totally unrecognisable in the bars. Likely to be one of the seasonaires hitting on your mates, then bitching about tourists in the queue at the bar.

4) The Back Country King 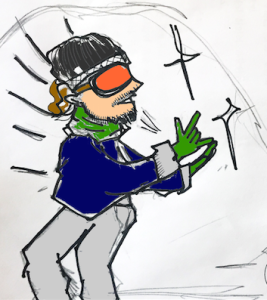 Mostly you’ll see this guy speeding along the reds and blues at the end of the day. Amazing gear, ABS backpack, picks, shovels, everything you’d need to make a home in an avalanche for a few days. He hits bits of the mountain most people don’t know existed, but occasionally you’ll see him hiking/rock climbing up to some drop (which no-one will see him do) His Go-Pro footage is so good you’d swear you’ve seen it somewhere before. Not in the bar much, conserving energy to hike Mont Blanc tomorrow. 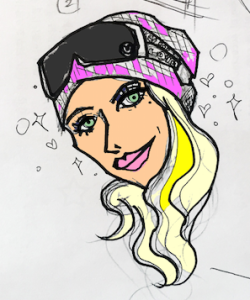 Always gorgeous, even when you can’t see their face, this girl shreds so much bigger than you, you’re both hugely impressed and slightly turned on. Wearing super cool gear (mostly got for free from various sponsors/guys that fancy her) and a board about 8 years old. Her helmet with have a tonne of stickers, but in great condition, as she actually buys a new one after each bail. She’ll be surrounded by all those park rats at the bar trying to have a good night without getting too much drool on her fresh stash.

6) The Clueless Idiot AKA Jerry 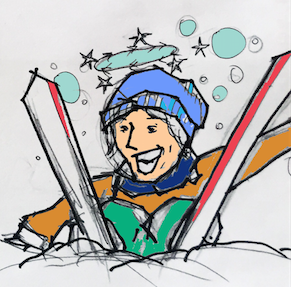 First week on the snow and they used to roller-blade (or skateboard) so this will be easy, right? Mostly seen falling off drag lifts, or chair lifts, sometimes seen falling up stairs or out of gondolas. Definitely keen on the apres ski, although it then takes them two hours to get home (that one short blue run). Mostly dressed in recycled stuff from the parents loft and bargains from TK Maxx don’t be surprised to see them wearing swimming goggles a santa hat and a hilarious retro/animal onsie. Often seen being obnoxious at the bar after way too much pre-drinking, arguing over the price of everything. Steer clear of this guy at all times, he’s a danger on the slopes and a nightmare in the bar. 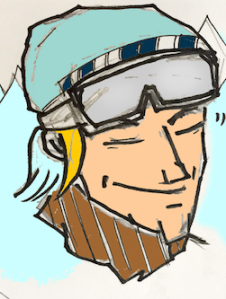 Everything he owns is this seasons newest and most technically advanced, it’s a shame he doesn’t ride well enough to make it worth while. Usually mid-forties, successful and single, this is his mid-life crisis. Those goggles with the heads-up display are constantly telling him he’s going about 30kph and the clip in ski pole/glove combo is too necessary when you never crash hard enough to drop them. This guy knows all the stats about the mountain, including the gradient of that black he’s too scared to drop. 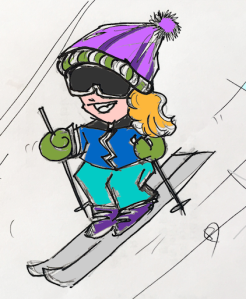 Decent riders, happy wearing newish stash on newish gear. Will drop most things for a challenge and happy in the park for a couple laps. Nothing crazy, but happy to get their round-in!