So stop number two was the relatively small city of Can Tho. This was a place I really enjoyed, with enough interesting things to see and do, while still feeling unspoilt by tourism, or tainted by the commercialism of larger cities.

At the transit centre in Can Do, we met a couple of Norwegian girls who we joined teams with for a few days, making us a group of four for a short time. We found a very nice guesthouse to stay in, newly built with very comfy beds and showers tall enough even for Dutchman Nico. 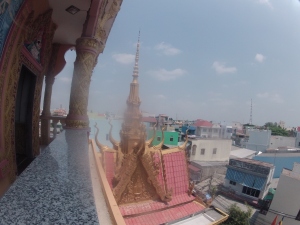 Our first day there was spent exploring the town, with a few spots we wanted to see, we wandered through the city trying to find them all, which meant finding a few more on route. The highlights were a buddhist temple, in which we were welcomed and guided around, and the monk explained the differences between the Vietnamese buddhists and others you may find in other parts of SE Asia. He himself was Cambodian, and very informative, taking us to the top floor and pointing out a few landmarks.

My favourite stop of the day (excluding Baskin Robbins, I have an ice cream problem) was the war museum. We’d arrived during lunch hour, which stretched from about 11am through to 2.30pm, but we had a look around at the vehicles outside, including a Mercedes Benz with bullet holes, and few planes, both intact and not, and plenty of artillery and tanks. With the lack of supervision, we cheekily jumped the fence and got some snaps inside these moving monstrosities. 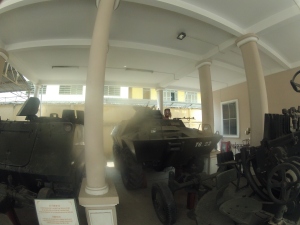 Once the doors opened we wandered about inside, although it wasn’t as impressive as the bits outside. The badly translated English captions didn’t help to explain the military manoeuvres displayed. We managed to find some unlocked doors that lead up to the roof, so checked out the city from above again.

That evening we tried the food tour, which is run by local students to help raise money for educational causes in the region. It was good fun, and we got some great examples of local delicacies, many of which would be almost impossible to get as a tourist without a guide. Pork dumplings, baked prawn pancake parcels were the delicious starters for the stranger bits we tried, featuring mouse and snake. Mouse was surprisingly tasty, if a little fulfilling, it was crunchy with bones as the animal is cooked whole, but nice. The snake on the other hand was not. We tried both grilled and fried and both, while not bad tasting were a tough as old leather. Most of it seemed to be bones and skin, leaving a very unsatisfying mouthful that tasted more of cooking oil than anything else. I’ll stick to the mouse next time, sorry Mikey.

We woke up early the next day, as the girls had arranged a floating market tour for us. We floated up past boats with thousands of pineapples, boats with hundreds of melons, all dishing them out to the various traders picking up their supplies for the day. Amazing to see that you could pick up about ten melons for the price it would normally cost a tourist for a few slices in the market.

The boat tour then took us off through some of the gorgeous little streams and canals that wind through the outskirts of the city out to where the farms start. Some lovely sights seen along the ways, including some kids waving from the bank and delightful temple bridges spanning the water.
Later that day we jumped on the bus to head to Ho Chi Minh City to see the sights there, and catch up with a few friends we’d met in Laos. 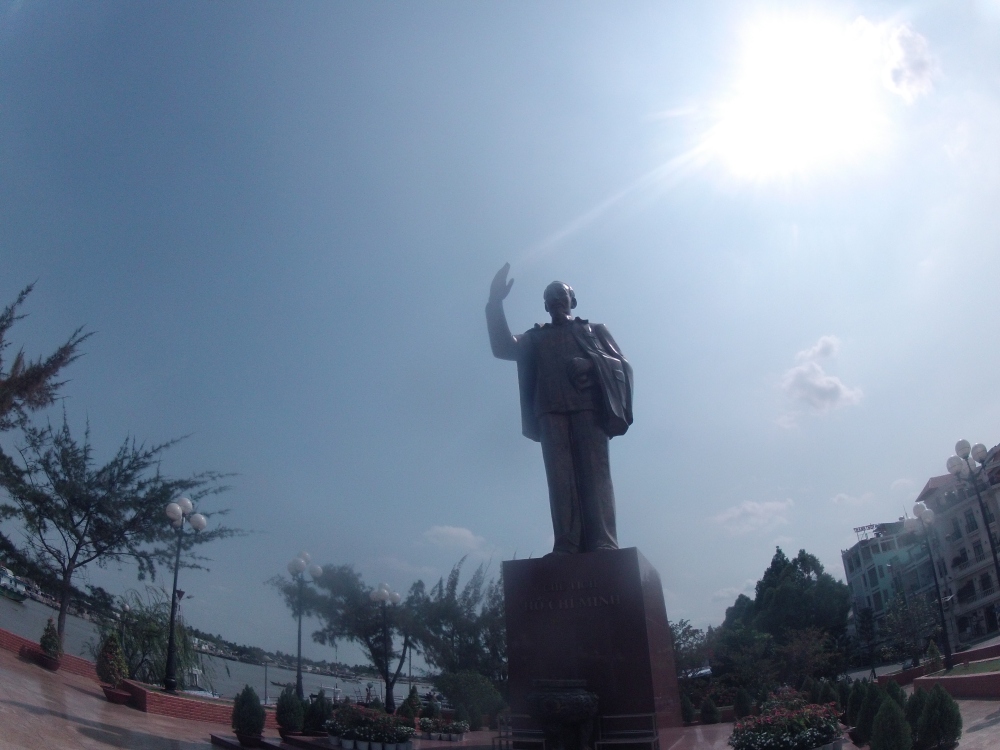