This weekend I spent sleeping in an army barracks on Dartmoor waking up at 6.45am. 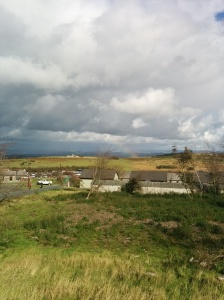 Doesn’t sound so great, but it was all part of the test for the Wasteland Ski training and selection weekend, an intense weekend of classes, talks and parties testing our ability to work hard and play hard! The location was very strange, a military base on the edge of Dartmoor, with epic views down across the Devon countryside. A little exploring led to some impressive views of what could appropriately be described as a wasteland. We shared the camp with cadets, marines and hikers, so meal times were an interesting mix.

Most importantly the classes threw groups of strangers all with one thing in common (snow!) together to learn and work to solve problems. Coming away with the knowledge of how best to take care of our clients from bus pickup, to resort, to slopes, to bars, to bed, and back home again. How to deal with problems, the best way to deal with common questions and your general attitude towards the work. There was lots to learn, but it was well taught, most of us seemed to get it pretty well. 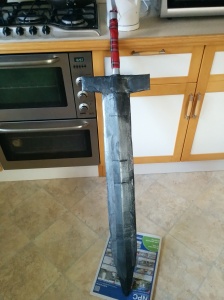 Both nights there the bar was open and the drinks flowed. Partying is as much a part of the job as everything else, and the fancy dress competition was hotly contested. With the theme as ‘W’ there were lots of Where’s Wallys, a few wizards, a web, a couple Wall-Es and Washing machines and 4 William Wallaces (my choice) A great night out with the Wasteland crew and the 150 potential reps.

I can only hope that I impressed the staff enough to get a ticket out to the Alps this year. Either way, a good weekend was had – fingers crossed!