So it’s coming up to 8 weeks in Dublin, I think I know it well enough to give a fair review.

Dublin is cold and wet on the whole – it’s not a place you go to for a summer holiday. It’s also not got a whole load of adventure/adrenalin sports or activities (there’s a couple hidden around, but it’s definitely not a hotspot for it). So what has it got? History and Culture.

History: It’s got this in bucket loads, recent and pretty damn old, there’s museums for the artifacts and quite a few sites of historical importance as well. Dublin castle and Killmainham Gaol which sit pretty central to Dublin are obvious points of interest. The streets as well, are filled with a variety of buildings from different eras, it’s possible to spot where some of the major historical events have affected the designs of the city. Along O’Connell street you can see the buildings which were rebuilt after the battles for independence. 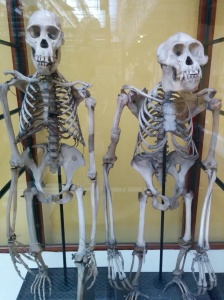 Culture: Well culturally, it’s mostly drinking! Certainly it doesn’t feel very different from the UK (which is understandable) and it’s definitely European. It’s nice that there’s a good amount of buskers and live music in the streets. Although there is a lot of repetition, the groups that play in the commercial areas tend to be boring covers, but hidden away there’s some spots (like Dame Lane) where you’ll hear great bands playing original music. The pub scene is a bit hit n miss, with terrible cliche bars with horrible cliche live music (I’ve never heard so many versions of Country Roads) and plenty of pretty boring bars. If you’re looking though, it’s definitely possible to find something you’ll like. There’s even a few places in town where the drinks aren’t crazy expensive.

Overall: I think Dublin is a wonderful stop for two reasons. Firstly those who are looking for history, interested in a country that was one of the first places of western civilization.

Like so many other cities though, it’s impossible to experience it all in a weekend, but a week here would leave you bored. Getting out of the city is highly recommended, there’s plenty of good day tours that while not exciting, show you much more of what Ireland is like outside the ‘big smoke’

So if you’re planning a trip to Ireland, either keep it kinda short, or have a few weeks and go see the rest of it.

PS: Watch out for terrible pub food, they haven’t realised yet that a packet of crisps and a slice of cheese does make nachos, and they’ll be happy to charge 7 Euros for it. Unless it’s a gastro pub, don’t trust the food!